Art of Racing in the Rain, The 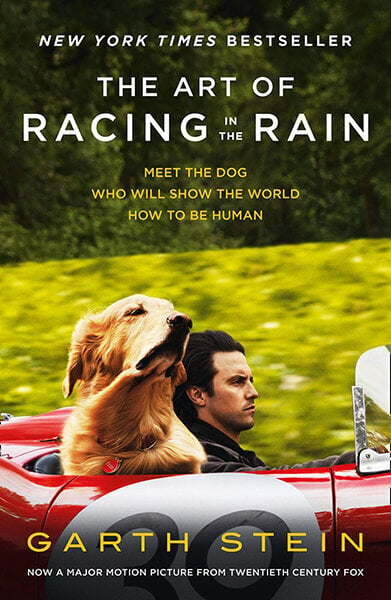 Soon to be a major motion picture, this heart-warming and inspirational tale follows Enzo, a loyal family dog, tells the story of his human family, how they nearly fell apart, and what he did to bring them back together.

Enzo knows he is different from other dogs: he thinks and feels in nearly human ways. He has educated himself by watching extensive television, and by listening very closely to the words of his master, Denny Swift, an up-and-coming race car driver. Through Denny, Enzo realizes that racing is a metaphor: that by applying the techniques a driver would apply on the race track, one can successfully navigate the ordeals and travails one encounters in life.

Enzo relates the story of his human family, sharing their tragedies and triumphs. In the end, despite what he sees as his own limitations as a dog, Enzo comes through heroically to preserve the Swift family.

The Art of Racing in the Rain is a testament to a man's life, given by his dog. But it is also a testament to the dog, himself. Though Enzo cannot speak, he understands everything that happens around him as he bears witness to his master's problems. His enforced muteness only refines his listening ability, and allows him to understand many of life's nuances that are lost on most humans. With humour, sharp observation, and a courageous heart, Enzo guides the reader to the bittersweet yet ultimately satisfying conclusion: there are no limitations to what we can achieve, if we truly know where we want to be.

Kopīgā informācija par: Art of Racing in the Rain, The 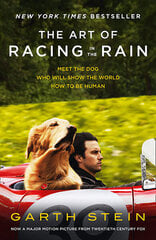 Atsauksmes par: Art of Racing in the Rain, The

Jautājumi un atbildes par preci: Art of Racing in the Rain, The